Located in an enchanting landscape in the westernmost Austrian province of Vorarlberg, the Bregenz Festival presents top-class operas in the open air every summer. The play on the lake has become world famous for its incredibly stunning atmosphere. Also, the festival persuades with additional cultural highlights in the Festspielhaus, on the workshop stage and in the Theater am Kornmarkt throughout the the official Festival season.

WHAT WOULD BREGENZ BE WITHOUT ITS FESTIVAL?

Basically, the question does not even arise. Because since 1946 the history of the city is so closely linked to this cultural summer highlight, that it was the conflation of both, that led to the development in recent decades. Nevertheless, the thought experiment is daring: Bregenz would certainly be an extremely livable state capital between wonderful Lake Constance, the picturesque old town and the Pfänder mountain. The international appeal of the congress city would be a lot less. And the immense cultural offerings, not to mention the new "cultural mile" around the Kunsthaus Bregenz, would have hardly come to life without the famous Festival.

The festival simply is a part of Bregenz. Here, the many guests visiting to experience an umcomparable appearance and discovering many other amenities agree with the locals. In the off-season, many locals and visitors enjoy strolling around the "Lake Stage" which is either under construction or being winterized, but always impressing with stage sets not of this world.

Stage sets? Actually, one should call them optical-architectural-technical works of art, as they not only have to function smoothly during the performance, but also have to act jointly with brilliant and complex acoustics.

In most cases, they are also tailored to the scenic surroundings and in Bregenz, above all to the lake. They shape the perception of the shore far beyond what can be imagined. So it is no wonder that some of these sets become Bregenz Landmarks temporarily. Among others stage constructions such as for Richard Wagner's "Flying Dutchman" with the high tower (1989/90) or for Giacomo Puccini's "Tosca" with the huge eye (2007/08), became serious competition for the city's official landmark: the early baroque Martinsturm in the upper town, which after all has the largest onion dome in Central Europe.

Superlatives are a common thing to find around the Bregenz Festival. It starts with the biggest "lake-tribune" hosting 7.000 people per play and does not stop at an ever increasing amount of breathtaking stage sets and groundbreaking stage control systems.

Tip: Enjoy a relaxing Round Trip across Lake Constance 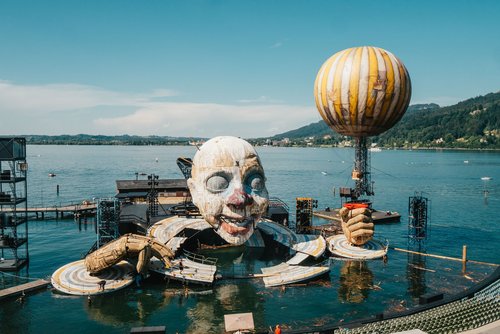 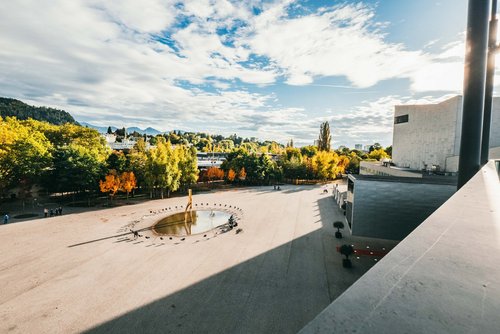 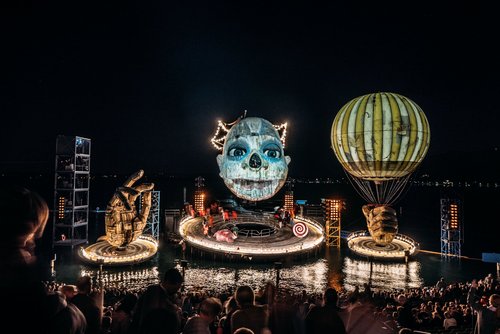 Useful information for your visit

How to get here

Being mobile in Bregenz

Get to know the surroundings